Tales: Of Humanity and Greed 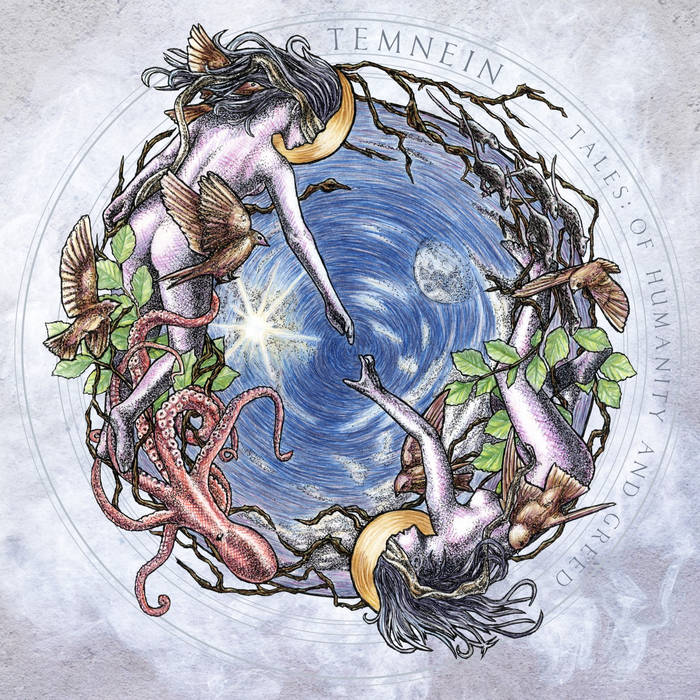 I'm the S of DSBM

The main lyrical concept is about various tales, myths and legends. Different universes and folklores are mentioned: classic childhood occidental fairy-tales, unsung tales from Asia and Inuit lands, Pop culture universes (Legend of Zelda Majora’s Mask, Doctor Who…). Each story has a common moral: the repetition of human errors and avidity across time.

Musically, the band has wrote shorter songs to add more dynamics to their Melodeath roots. More Doom/Death and Post-Metal influences have been incorporated to increase the atmospheric side of the previous album. A 10-minute song with Progressive elements is closing the album.

All music written by Florian Frandidier except lead guitars on tracks 4, 5 and 10 co-written with Morgan Rappe.
Lyrics and concept written by Jocelyn Fidry.
All arrangements by Temnein.
Guest vocals on track 9 by Sab Elvenia.
Recorded, mixed and mastered by Frederic "El Mobo" Motte at Conkrete Studio from April to July 2019.
All artworks and layout by Vincent Fouquet: www.abovechaos.org
Photos by Damien Dentler: www.damiendentler.com

The band has released 3 full-lengths and has toured Europe, Russia and Japan, including support slot for At The Gates, Beyond Creation, Mors Principium Est, Hate, The Crown and many more. ... more

Bandcamp Daily  your guide to the world of Bandcamp

Featuring appearances from Kari Faux, Bluestaeb and and interview with NY-bred artist Wiki